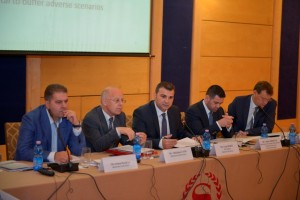 The Albania Financial Forum III took place on June 25th 2015, in Tirana. The Forum was organized jointly by the Bank of Albania and the International Monetary Fund. This year’s topic was focused on the pressing issue of dealing with Non-Performing Loans (NPLs) in the banking sector. Discussions in the Forum would help authorities to design a strategic approach to address this issue, and build an effective action plan.

The program of the forum had dedicated sessions that addressed in detail not only the impact of NPLs on economic growth, but also NPL’s interaction with financial stability issues and the appropriateness of the legal system.

At the Forum, a number of other issues of concern were identified and discussed. Addressing them will be part of the action plan that will support the strategic approach of the authorities for tackling NPLs. Among others, they included the need to support voluntary restructuring schemes that would enable out of court solutions, increase transparency in borrowers’ financial statements, use of tax and supervisory instruments as incentives for debt restructuring and resolution.

Discussions showed that NPLs reflect and contribute to the fragile underlying economic and institutional context in Albania. The reduction of NPL level requires a comprehensive, coordinated and consistent approach, covering economic, legislative, administrative and institutional improvements. The insofar experience and improvements must serve to build a system that deals efficiently with the NPL problem in the future.

Banks have a key role to play in this process. They must improve their internal processes of credit underwriting, monitoring and analysis, as well as support the efficient tackling of NPLs and ensure that the buffers of the system remain adequate in the process. The assistance of international financial institutions is welcomed and necessary. The focus of the assistance will be on enhancing implementation capacities of institutions in Albania in dealing with practicalities of NPLs resolution.

In conclusion of the Forum, Governor Sejko pointed out that while the banking sector is well capitalized and quite liquid, dealing swiftly with NPLs is essential to further improve its resilience and growth of lending, with a direct impact on the country’s economic development. The Governor thanked the participants for their contribution and availed himself of the opportunity to once again emphasize the active role that the Bank of Albania will play in promoting swift implementation of the forthcoming Action Plan, both directly and in cooperation with the other authorities and the banking industry. 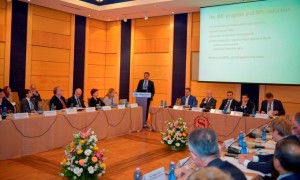