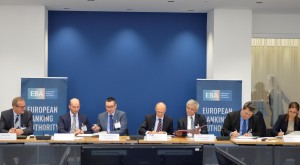 Signing of the Memorandum of Cooperation

On 23 October, 2015, the European Banking Authority (EBA) signed a Memorandum of Cooperation with supervisory authorities in six South-Eastern European (SEE) countries, establishing a framework for cooperation and information exchange.

The agreement has been reached under the auspices of the Vienna Initiative - the public-private network established to safeguard the financial stability of emerging Europe - and reflects the systemic role of EU banking groups in the financial systems of the six SEE countries. The signatory supervisory authorities are from the Federation of Bosnia and Herzegovina, the Republic of Srpska, the former Yugoslav Republic of Macedonia, Montenegro, the Republic of Serbia and Albania. The Republic of Srpska unfortunately could not attend in person and signed the document at a separate occasion.

For more information, please click on the links below. 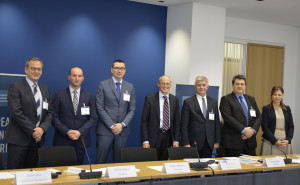